Pizza, Pizza! - Adventures of a Cavemom

When people start talking about the foods that they miss the most since going Paleo or Primal, pizza is almost always on that list. There are a ton of recipes out there for ways to make pizza crusts without grains. You can use cauliflower, eggplant, ground meat, ext, but any of those that I tried were a bit lacking, in my opinion. You needed a fork and knife to eat them, instead of just being able to pick up a slice like you would with the unhealthy stuff. Well, I finally found a pizza recipe that is delicious and offers the same kind of pizza eating experience as the other stuff. It’s from the Food Lover’s Primal Palate‘s cookbook Gather. Now, let me just say that I am huge fans of them. Their recipes were some of the first ones that I tried when we were transitioning to this lifestyle. Their first book, Make it Paleo, is probably one of the most used cookbooks I have in my kitchen. Everything is delicious, and they make it easy to understand. Anytime that I need to make something to eat for non-Paleo friends, I go to their website or books. That way, my friends never even know that they are eating “that weird Paleo diet food…” 🙂

When I first started seeing teaser pictures from Gather of foods like pizza, or chinese food, I pre-ordered the book. I have never in my life pre-ordered anything, or been so anxious to get a cookbook in my life. The first recipe that I tried was the pizza recipe. I followed their directions for the dough, and then topped it with cheese, green bell peppers, and nitrate free pepperoni. The only difference was that I used almond meal, instead of almond flour, because it’s what we had on hand. It gave it a bit grainier of a texture, but it was delicious all the same. 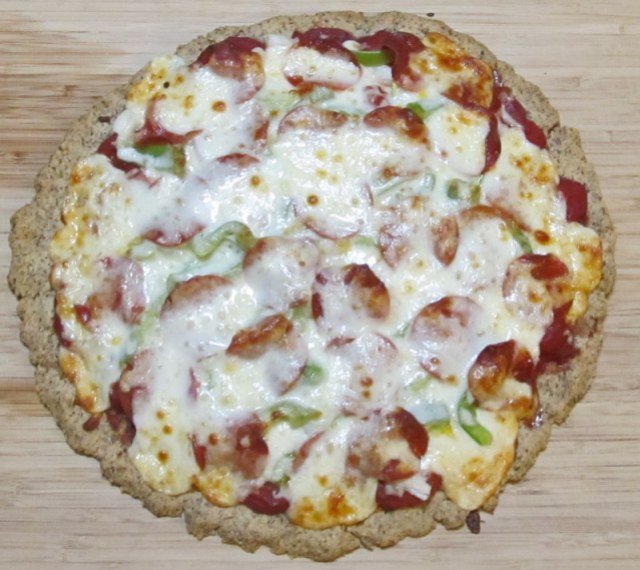 PIN IT
PIN IT

This site uses Akismet to reduce spam. Learn how your comment data is processed.

I’m Jessica, but you can call me Jess. I am a mother of four, who, through dietary changes was able to get a handle on my chronic illness, improve my fitness, and start enjoying more adventures with my family.

I’m going to need them to make a larger skillet.

To help us #stayhome we ordered some fresh produce